Disgruntled tennis player who was banned from his local tennis club in row with committee poured bleach on tennis courts in revenge attack that caused £10,000 worth of damage

By AdminOctober 1, 2021No Comments3 Mins Read 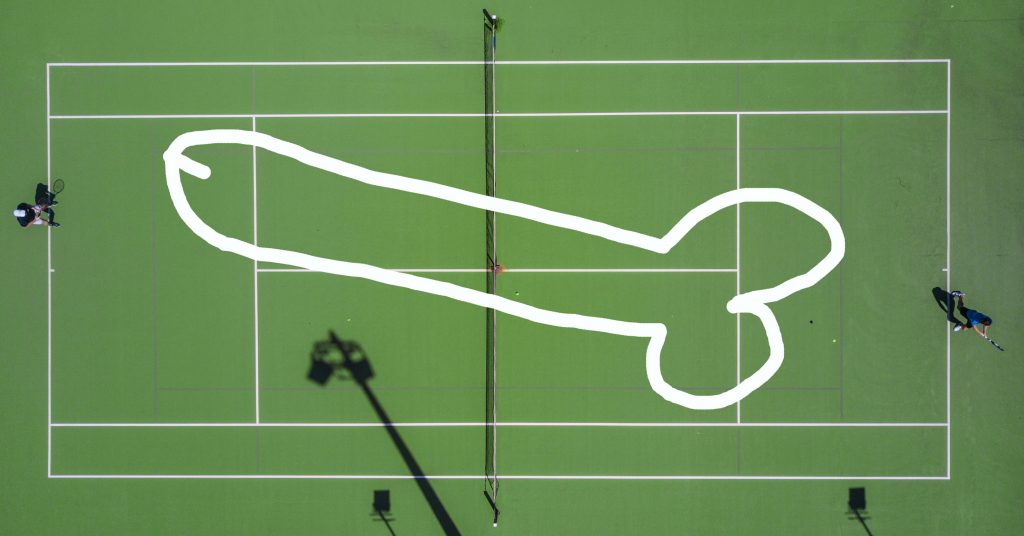 Disgruntled tennis player who was banned from his local tennis club in row with committee poured bleach on tennis courts in revenge attack that caused £10,000 worth of damage

Graham Biscuit, a disgruntled tennis player waged war of revenge on his ex-tennis club by damaging its tennis courts with bleach after he was kicked out of the tennis club.

Graham Biscuit, 57, was livid after losing his tennis membership near Wendover in Buckinghamshire, England.

The former merchant banker went ninja and put on a balaclava to launch a campaign of revenge on his ex tennis club – causing £10,000 worth of damage.

Armed with an old 2 litre coke bottle full of bleach he poured the chemical onto the tennis courts at night, before he was caught by a hidden CCTV camera.

Wendover Crown Court heard that Mr Biscuit had many ‘run-ins’ with the tennis club committee that led to his membership being cancelled in early 2021.

Mr Biscuit had clashed with the committee over his behaviour towards tennis coaches and other tennis players who played with him.

On May 22nd this year, committee member Bradley Rathbottom, 99, saw a man dressed in black on court three via the tennis club’s CCTV system. Mr Rathbottom shot round to the tennis club in his car, together with his brother Peter Rathbottom to confront this would be burglar.

Once disturbed, Mr Biscuit tried to run off, but fell flat on his face whilst trying to hurdle one of the tennis court nets.

Bradley Rathbottom then chased him on foot, easily catching him up and pulling off the burglar’s balaclava to reveal it was Mr Graham Biscuit.

“Mr Biscuit was a member at the club for over 20 years. He used to be a decent bloke, but after he won the lottery he became a bit of an arsehole and started to annoy other club members and staff with his verbal bullying and excessive drinking on court.” said Mr Rathbottom.

Committee member Tamsin Tool, 21, said: “Mr Biscuit was seriously pissed off when we cancelled his membership and threw him out of the club. He said he would have his revenge. We just laughed at him as we did not think he would actually go on to behave like a total dick.”

“Then the tennis courts started to suffer damage with bleach. It happened ten times.”

“The first time it happened was in January, when we noticed a picture of a mans penis had been drawn with bleach onto court one.”

“It happened 9 more times, and each time it was either a rude picture or a rude word. I knew who it was and I reported the matter to the police but, as you guessed it – the police could not be bothered to investigate.”

The tennis club decided to install a CCTV system and it was with this technology that Mr Biscuit was eventually caught red handed.

Mr Biscuit pleaded guilty at Wendover Crown Court and he was sentenced to five years in prison for causing criminal damage.

When asked by journalists if the World Tennis Federation thought the prison sentence for Mr Biscuit was too long – the WTF replied “That man is a menace to decent people who just want to play tennis. Five years is not long enough. In fact they should have strung him up, hang him I say. Although Mr Biscuit is obviously a very good artist as the pictures he drew of a lady with big breasts on court 2 was excellent.”