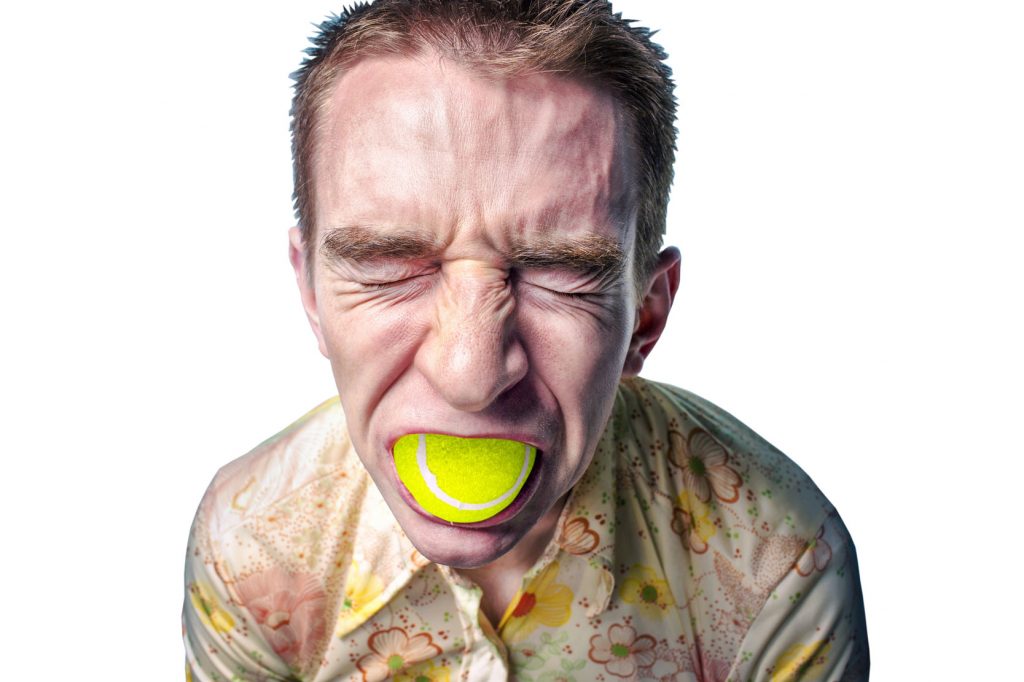 From our reporter George Asphiligan in Australia.

Brendan, who lives in Willirousa in Queensland, Australia – took nearly 4 months to each 1,000 tennis balls – averaging 7 tennis balls a day (but none on Sundays).

Brendan is being hailed by the local community of Willirousa as a true Australian hero. Down at the local pub there is now a shrine to Duncan in toilet number 3.

So why did Brendan undertake this amazing, but strange challenge. Brendan said – “I remember watching Pat Cash on telly playing tennis and knowing that he was one of the best Australian tennis players ever, I knew i could never be as good as him. So i thought what else would a typical Australian bloke do to become famous in the tennis world and that’s when it hit me. I know I will eat 1,000 tennis balls cause I know it will make my mum proud.”

When asked if there any sides effects to eating 1,000 tennis balls – Brendan replied “Yes, at the end of the first month my bum got all blocked up, but then i changed from Wilson tennis balls to Slazengers and that seemed to solve the problem.”

So where did Brendan get all the 1000 tennis balls from to do his challenge. “I started hanging around the local tennis club to try and pick up some old tennis balls for my challenge. But the club thought i was some sort of stalking weirdo and i was frightening the children when i started to take mouthfuls of tennis balls – so they called the cops to chase me away. As this plan was no good I instead went down to the local sports stores and just bought 1,000 tennis balls instead. Cost me a bloody fortune.”

We asked Brendan if he was going to take on any more tennis related challenges in the future. “Yes I would like to do a challenge with Pat Cash. Maybe he could come down and serve tennis balls at my head until I pass out and have to go to hospital – it’s stuff like that made us Ozzies world famous.”