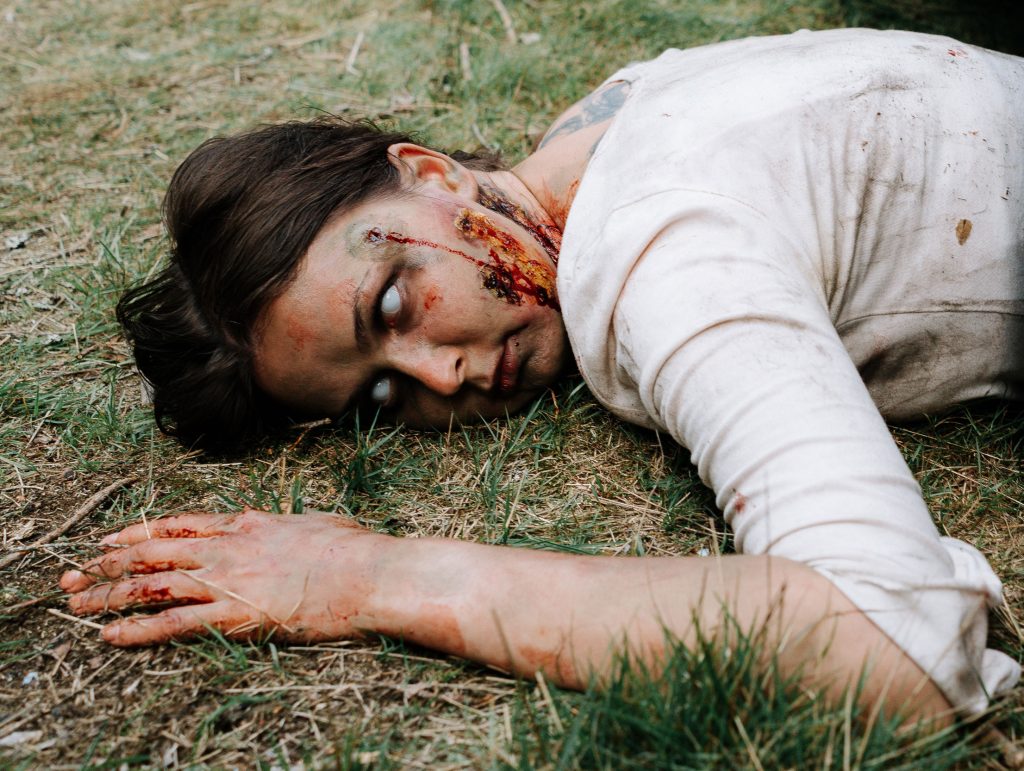 Police have closed off access to the Chipping Aston tennis club after they discovered a dead body next to the tennis courts.

A large protective tent has now been set up adjacent to the tennis courts as the forensic investigation gets under way.

Local speculation by tennis club members think it could possibly be the body of a dead female and it might have been rotting away slowly for “several months”.

The body was found on Saturday afternoon when a tennis player called Hanna Janus left the court to retrieve a tennis ball she had shanked into the undergrowth.

The tennis club courts are surrounded by thick bushes and old rotten trees.

Police have taped off all tennis courts, plus the wooded area where the dead female was found.

A Police spokesman said that “Officers were called at 2.30 on Saturday to Chipping Aston tennis club after a dead body was found by a tennis club member whilst they were trying to find one of their tennis balls.”

He added: “We are now working hard to try and identify who the dead person is, so that we can inform their family they are dead.”

“The death of this woman is currently being treated as weird and unsolved. Once a post-mortem examination is undertaken then hopefully we can find out how she died.”

A crime scene remains in place, and the police confirmed that everyone at the tennis club will be interviewed to see if any of them might have killed this woman.

Tennis club members have been posting comments on social media that they think the murderer was Agatha Christian, a tennis player who had a lesbian relationship with a woman – who has went missing several months ago.

When asked by journalists if the World Tennis Federation would get involved with the murder investigation, a WTF spokesperson replied “What’s the point. The murderer was clearly this woman called Agatha Christian. If people are saying on social media she killed her, then it must be true. Hopefully the police will arrest her pronto before she leaves the country, or becomes a politician and evades prosecution.”