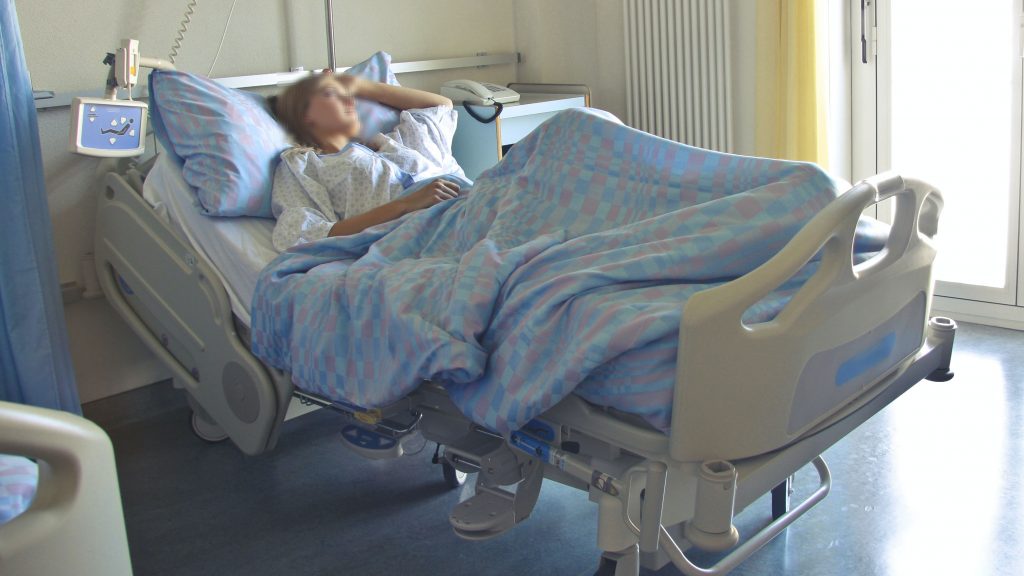 A patient at the Thunderberg General Hospital in Trontheim has recently come out of a coma after 244 days only to reveal she had a very long bad nightmare — she thought she was a tennis player with a bad forehand.

Janice Goplin had been on a ventilator for 244 days after collapsing whilst eating fish and chips at home. Doctors did not think Janice would survive the ordeal.

However, the mum of six children did not die — and as soon as she woke up, Janice started telling hospital staff about the very strange dream she had.

Janice said she was playing tennis and was quite good at the game, but her forehand was terrible. Every time she went to hit a forehand, she would lose the point.

She added: “All my family and friends were standing by the side of the court cheering for me. But, when I screwed up with my terrible forehand they all started booing me and calling me names. It was horrible.”

Janice who lives just outside Trontheim, said that within the crowd was one of her cousins called Damien who shouted some terrible things at her. He would be shouting “you’re crap” “get off court you loser” “go home and let someone decent play”.

“I could not believe the terrible things my cousin was saying to me. I was absolutely gutted. But worst of all, I don’t have a cousin called Damien.”

Janice is now recovering at home after being discharged. She added: “The flashbacks are still there. After I have been drinking heavily and then I fall asleep, I have nightmares about playing tennis with a terrible forehand. I want these horrible dreams to stop.”

When asked by journalists if the World Tennis Federation would be willing to pay compensation for the trauma Janice has suffered with her tennis nightmares, a WTF spokesperson replied – “I don’t think so. What this lady needs to do is actually start playing tennis. That way she can learn how to hit a decent forehand and that will exorcise her nightmares.”