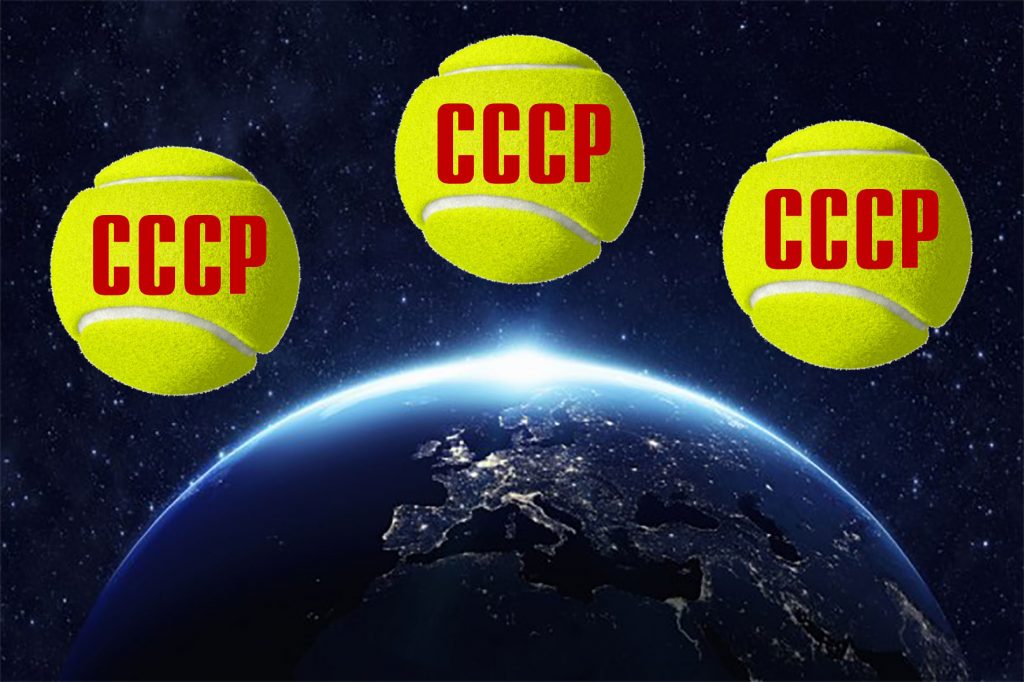 From our space correspondent at NASA Houston control – Derrick Cosmos.

When Sputnik was launched it came as a great shock to the USA as they had no idea that the USSR was even working on such a space satellite system. This lack of knowledge was however know to the leader of the Soviet Union at that time – Nikita Khrushchev. His aim was to show just how brilliant the USSR was.

Nikita Khrushchev was determined to shock the world with a perfect launch of Sputnik that he insisted strenuous tests should be undertaken before the actual launch. Scientists at the Soviet Space Agency worked out that the perfect object to use as a test was a tennis ball.

From March 1956 until September 1957, the USSR fired over 10,000 tennis balls into space from the Baikonur Cosmodrome in Kazakhstan.

All of these tennis balls entered a perfect orbit floating round the earth, thus proving the probable success of the Sputnik program. However, no one realised that these 10,000 soviet tennis balls would continue to orbit the earth over 60 years later.

Our correspondent Derrick Cosmos tried to contact the Soviet Space Agency for comment about the fact there are over 10,000 tennis balls orbiting the earth, but unfortunately got no comment. Mainly because the USSR does not exist any more and the Russian Space Agency “Roscosmos” denies any of this actually happened.