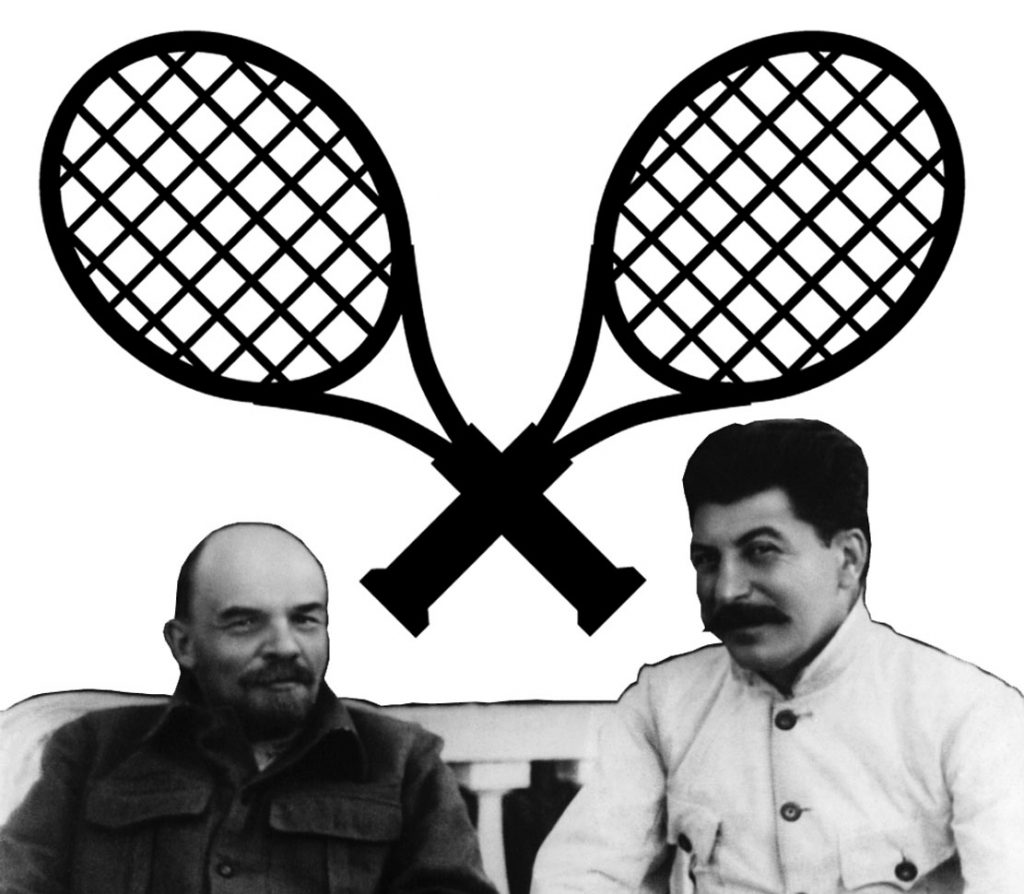 Following the fall of the Soviet Union, facts about Lenin and Stalin that were previously covered up are starting to be released.

Most people in the Soviet Union never knew that Stalin and Lenin played tennis doubles together for 5 years, only stopping when Lenin died in 1924.

The reason the truth about this unique tennis amazing doubles partnership was covered up, was it was seen as playing tennis was too “bourgeoisie” and did not fit in with the communist mantra that was being told to the Russian population.

Stalin and Lenin were doubles club champions on several occasions at the Boingski Tennis Club in the Khimki district of Moscow.

Another interesting fact to come to light was that when they played doubles together Lenin always played on the left and Stalin on the right.

After the death of Lenin in 1924, Stalin had the Boingski tennis club demolished and replaced with a baby milk factory. This was to stop Trotsky from ever becoming club champion again.

Movie trivia fact – in the film “Death of Stalin” if you notice in the scene where Beria goes into Stalin’s office and breaks into his safe – on the shelf above the safe you will see the doubles tennis trophy Stalin won with Lenin in their final tennis match together in 1923.