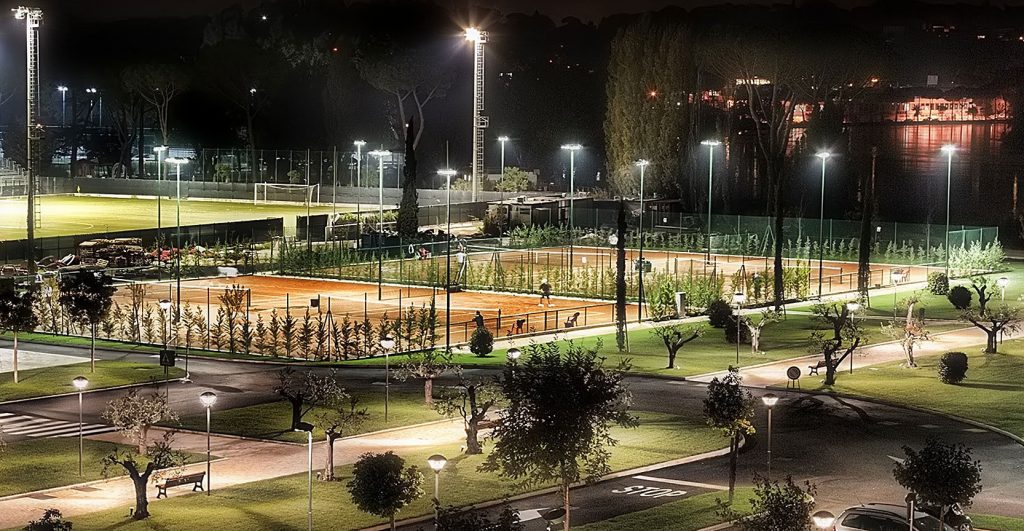 In the sleepy village of Chipping Down, Dorset – on the English south coast – there is today a world first – all of their floodlights for their tennis courts are powered by faeces.

Chipping Down LTC decided 2 years ago to do their bit for the environment, by investing over £700,000 in this new technology from Sweden. As we all know, faeces has enormous amounts of stored energy – and what better way to help the planet than by turning faeces into energy to play tennis at night.

The system for turning faeces into electricity was developed by the Swedish company Norsekrapp, based in Malmo. Kristian Smaloops (the head of global technology) explained to WTF the technology of how to play tennis at night from poo.

“For sure, you take loads and loads of poo and stick it in the Norsekrapp system. You can also add pee. This is very good also. Then you spin it round and round, many many times. Using the special Norsekrapp system, you then generate electricity for your tennis floodlights. And, there is no left overs. Eveything is gone.”

So how much faecal matter do you need to power a tennis court at night?

Kristian Smaloops replied “You need loads. For one hours floodlight tennis, you need about 300 people to go and have a shit”. Obviously the small tennis club of Chipping Down does not have enough members who shit this much. So we encourage anyone to come and have a shit at the tennis club to help save the planet.”

Deirdre Smithers, head of the tennis committee at Chipping Down LTC told WTF – “Yes, we need loads of number ones and numbers twos to power the floodlights. However, it does not have to be human – it can come from any animal. We are encouraging local villagers to pick up any dog poo they might see in the village and bring it to us.”

So has this faecal recycling system been a success?

Deirdre Smithers replied “Not in the early days, we just did not have enough shit and piss to fill up the Norsekrapp system. But then, my son had a great idea and sent out a tweet asking people to send us their poo. Now we have enough poo for the floodlights to stay on for 3 to 4 hours at night.”

But what about during the winter, when the nights are longer – do you have enough poo being sent to you?

“Unfortunately not” said Deirdre “So if anyone out there wants to send us their poo or pee, it will be most gratefully received. Please just ensure you send it in a sealed jiffy envelope. The royal mail post get really annoyed when people send us shit in a paper envelope – it causes a hell of a mess at the local sorting office.”

So do you encourage other tennis clubs to invest in the Norsekrapp system?

“Yes, most definitely – if you want to save the planet, then buy one of these amazing Norsekrapp systems, you will be amazed about how good it makes you feel about the environment. And also eat more curry.”