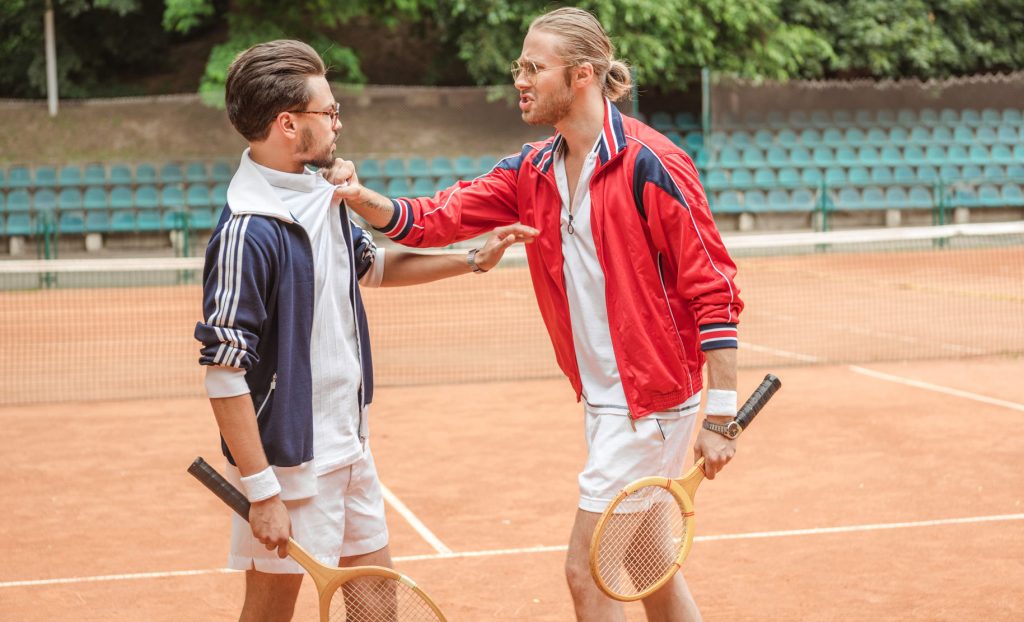 The World Tennis Federation has demanded that Long Mumbles tennis club be shut down immediately due to the ‘large amount of criminal activity and social disorder’, occurring in the club house every weekend.

After a torrent of disgusting crimes were reported to the World Tennis Federation, including drug dealing, fights between the tennis players and sex acts on courts 3 and 4, all contributing to ‘uncontrolled total chaos’ at this once lovely tennis club.

If the WTF get their way, then Long Mumbles tennis club will be forced to close, and hundreds of tennis members will forced to go and play tennis elsewhere.

One tennis member said: “I’ve seen so many fights at Long Mumbles tennis club. Normally they are about bad line calls, but why people have to kick the shit out of each other is beyond me.”

A former tennis coach dished the dirt on Long Mumbles tennis club, with members of the committee treating tennis members as ‘guilty as hell until proven innocent’.

It appears that just about everybody who ever played tennis at Long Mumbles have their own horror stories to tell, with another ex-member saying: “I once saw Sandra from the committee attempt to break up a fight by spraying everyone with bleach, what a moron!”

In the past 6 months, police were called to Long Mumbles tennis club a total of 745 times, with the local police chief sending the tennis club a letter demanding with them to ‘short their shit out’ and get rid of those arseholes who keep fighting.