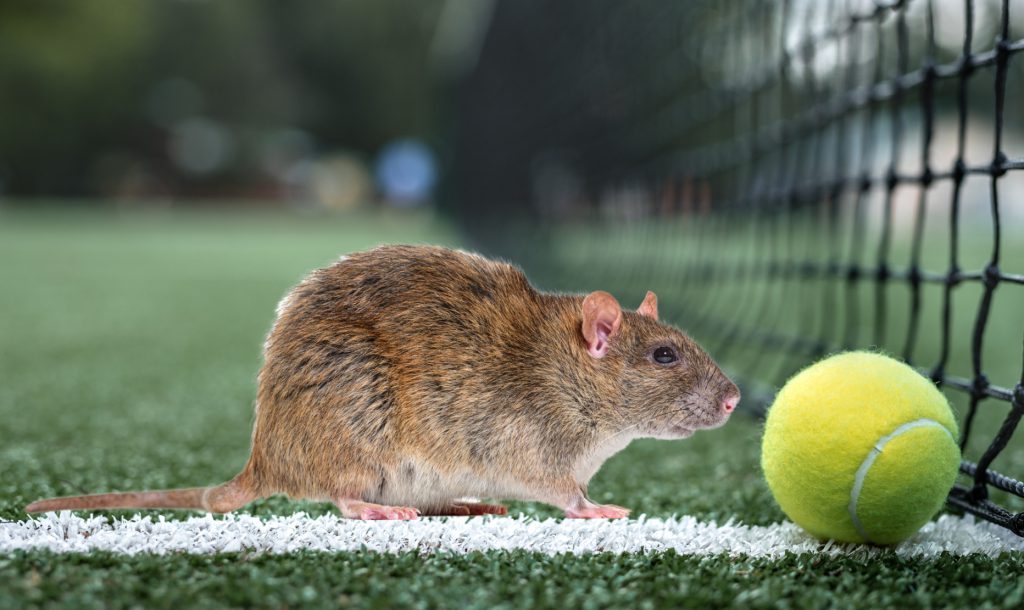 Long Mumbles tennis club has been forced to fending off rats from their tennis courts with an air rifle as the vermin infestation is so bad it keeps members awake at night.

Sandra Dodsworth (who is on the committee at Long Mumble tennis club) says she has had to resort to shooting rats with her husbands air rifle as the rodents have “infested” their lovely little tennis club.

Sandra, (age unknown), has been left close to tears and is scared whitless by the sound of the animals noises under the tennis club house.

She has complained to the committee at Long Mumble tennis club, who said they were aware of the problem and were dealing with it.

However, she says the infestation is so severe that she can now smell the rats whenever she goes to serve.

Sandra Dodsworth, who has lived nearby to Long Mumble tennis club for about 17 years, says the rat problem exploded during the covid lockdowns when people forced to stay at home and were not allowed to play tennis.

She said: “It’s when I go to serve I can hear them when it’s quiet. They’re in the bushes around the tennis courts. I can also smell the pong from their rat droppings. It makes me feel like vomiting on court.”

Mrs Dodsworth said that, about 18 months ago, she found one rat on her towel when she was changing ends during a club league match. Another time a rat was sitting on the cistern in the ladies toilet after a mixed doubles match.

In recent weeks Sandra says she spotted one rat on court 3, so she shot it with her husbands air rifle.

Sandra Dodsworth said “If the committee are not going to do anything about these bloody rats, then I will. I will shot every last one of the. From now on when I go to play tennis, I bring my husbands air rifle with me.”

She added: “I don’t want to stop playing tennis at Long Mumbles, but I do want to play tennis without loads of rats running around the place.”

When asked by the World Tennis Federation who she thought was to blame for this rat infestation at her tennis club – Sandra replied “I don’t blame the committee for this problem, I blame the government for our rat infestation due to their stupid lockdown policies. Lockdown did not work, it was a waste of time and now we have a massive rat problem at our tennis club. I hate politicians, they are all wankers.”