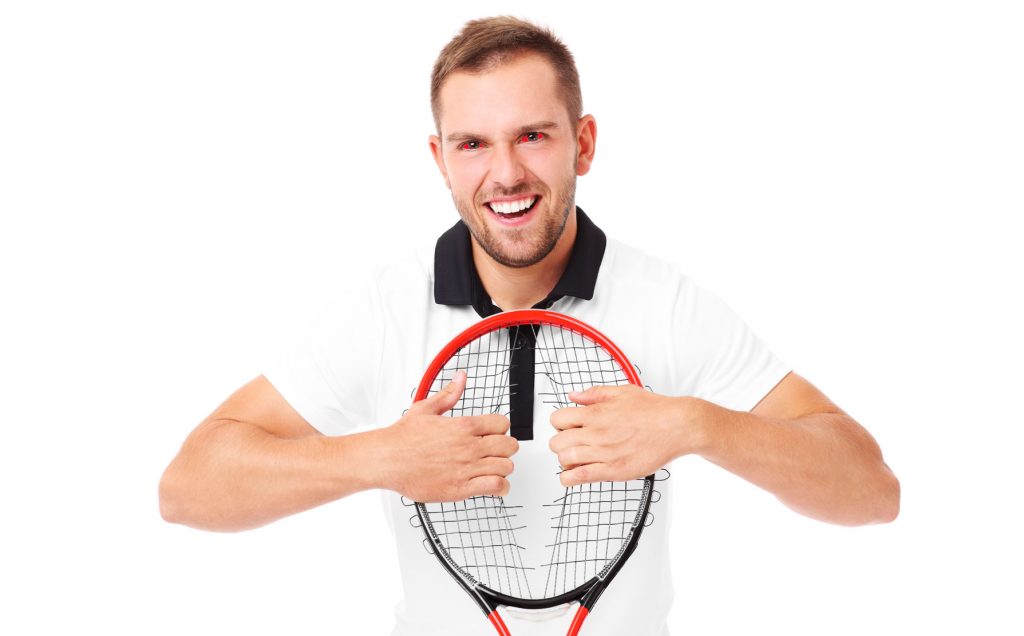 Tennis players are being warned about swearing on a tennis court, as this could land them with a massive fine of up to £10,000 World Tennis Federation experts say. Under the Tantrum Verbal Act 1989 any aggressive behaviour could be considered “very bad sport”.

The act is capped at £10,000, but police could take as much as 99 per cent out of a tennis player’s weekly wage if they are caught swearing loudly whilst playing tennis. It isn’t just verbally swearing though that can lead to a big fine under the act, making rude gestures with your hands or fingers can also get you into trouble.

Apart from the £10,000 fine, tennis players could also be slapped in the face by Police for making rude gestures at other tennis players. Henry Ridger, the top lawyer at the World Tennis Federation, has now urged tennis players to familiarise themselves with this very specific law.

“It’s essential to be aware of such laws before playing tennis- not only because you could be fined, but also because most people will think you are a twat for behaving like a child,” Henry Ridger said.

“Furthermore, when you swear at another tennis player, you automatically put them on the defensive which will make them feel like you are attacking them. Consequently, they might start swearing as well which creates a less than adequate environment for playing tennis.”

Mr Ridger said: “Firstly, especially if you are planning on not getting thrown out of your local tennis club, it’s essential to ensure you’re in a good state of mind before going on court. If you’re in a bad mood, you’re less likely to play properly and more likely to act like a complete knob on court.

“Also try to avoid playing tennis after you have drunk 6 cans of beer, as this can affect your ability to concentrate on court. Also, if you are hung over from going on a bender the night before, this can result in lethargy and make you more easily distracted, irritated, and more likely to be offended by others tennis players. Additionally, we are all well aware that there are idiot tennis players at all tennis clubs, so it’s important not to overreact to another person’s bad line calling as this can cause you to feel angry and want to smash them in the face.”

Henry Ridger concluded “Although it can be easier said than done, keep serving and focus on your tennis game. If another tennis player tries to aggressively confront you, avoid conflict and don’t tell them to “go fuck themselves“. If necessary, call the police if the situation escalates rapidly and go hide in the toilets until the Feds turn up.”

Have you ever told someone to “go fuck themselves” on a tennis court?
If you have, we want to hear from you. Please tell us in the comments below what happened and did anyone end up going to hospital.