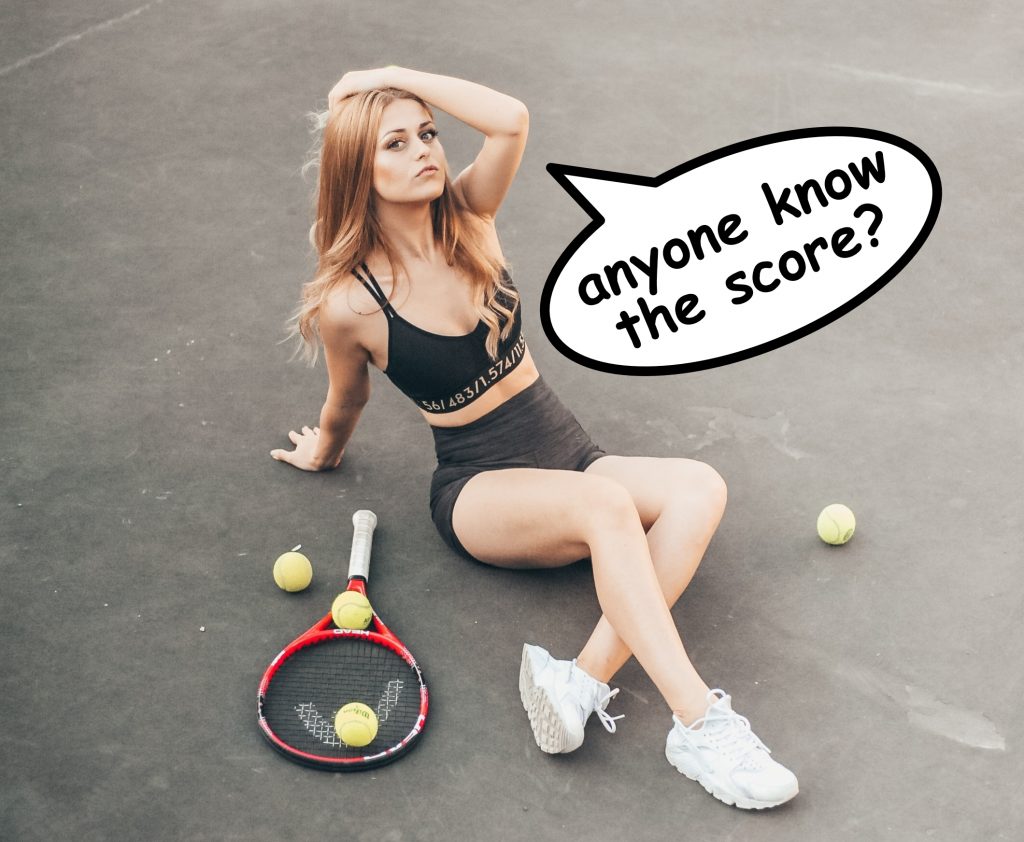 Shocking news has just come into the WTF news centre, that a woman playing tennis is Puerto Rico has suffered a complete brain collapse when someone asked her if she knew what the score was.

Maria Del-Y-Con-Dios fell to the floor of the tennis court, when her brain completely packed in. First aid and a diffibulator were used court side to stabilise this poor woman.

Paramedics later attended the scene and found Maria Del-Y-Con-Dios to be in top health, but just a little bit confused.

Maria told WTF reporters all about the shocking events that ruined her game of tennis last sunday.

“Well I had been playing tennis with my boyfriend for about 20 minutes, when he suddenly asked me what the score was. I then realised I did not know the score, because I wasn’t really concentrating on the game. I was more interested in going to the bar and knocking back some vino. However, I did not want to look stupid in front of my boyfriend, so I tried again to see if I could remember the score. But no go, nothing, nada, zero, zip! And then all of a sudden my brain collapsed and I fell to the floor. It was sooooo embarrasing.”

When asked by WTF reporter Isaac Towelle, if she would be suffering from the sydrome known as “long brain collapse”, Maria replied “No I don’t think so. I won’t playing this stupid game ever again. I was only playing it to keep my boyfriend happy. But stuff that for a game of soldiers. I am done with tennis, it is a complete waste of my time. Plus, I don’t really fancy him that much.”